Located at the intersection of Linsen Road and Fuhou Street in downtown Taichung, the Taichung Butokuten is a building that resembles a Japanese shrine.

Built in 1937 during the Japanese colonial period, the Taichung Butokuten was an arena for judo and kendo practice for prison officials and correction officers. In 2004 the Butokuten was registered by the Cultural Affairs Bureau of Taichung City Government as a heritage building.

What are called the Six Arts － rites, music, archery, charioteering, calligraphy, and mathematics － arose as key elements in the grooming of aristocratic heirs during China’s Zhou Dynasty. At the end of the Spring and Autumn Period (around 771 BC to 476 BC), Confucius regarded the Six Arts as the foundation of a general education in the cultivation of his disciples.

In the 21st century, the Natural Way Education Foundation promotes what are termed the New Six Arts at the Taichung Butokuten with courses in tea art, guqin (ancient Chinese lyre), archery, kendo, etc. The foundation aims to construct an arena for cultural and spiritual dialogue in this quiet environment. 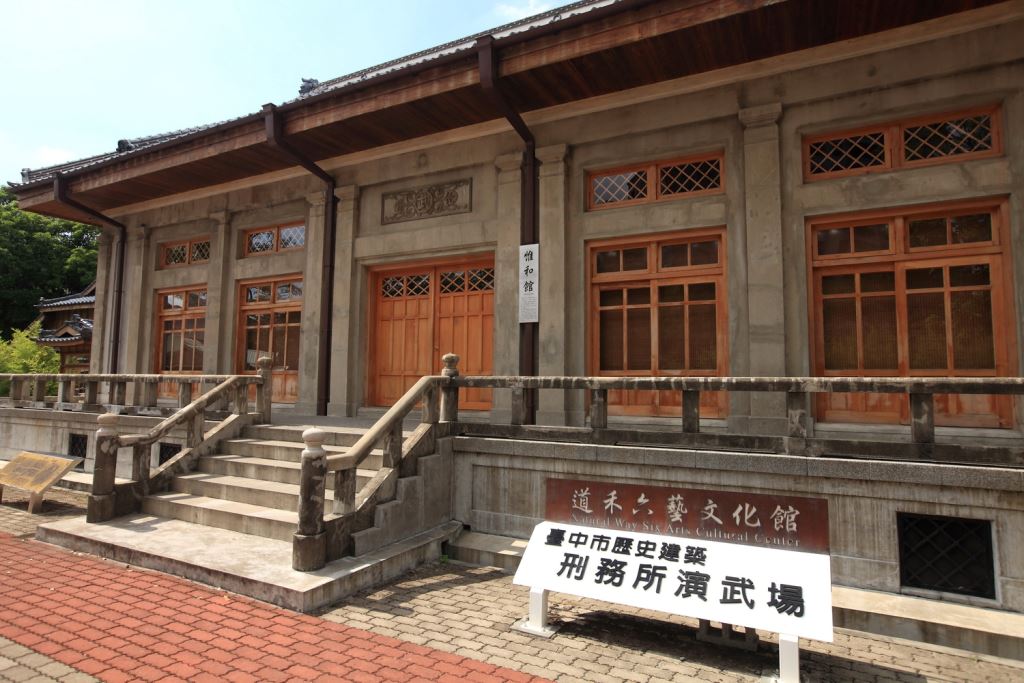