The rainbow military housing is in Nantun, Taichung. One of the retired soldiers paints on the wall with paints.

However, the housing is facing problem of dismantling for the government’s city plan. There are over 3 thousands of people supporting the rainbow military housing in only 2 days. The retired soldiers started to paint since September, 2008. He paints his dream out on the wall and brings a new life to the military housing.

As a result, many people call him Grandpa Rainbow. The spot attracts many people on weekends. The city government declared that the painting is worth to preserve and they will modify their city plan. 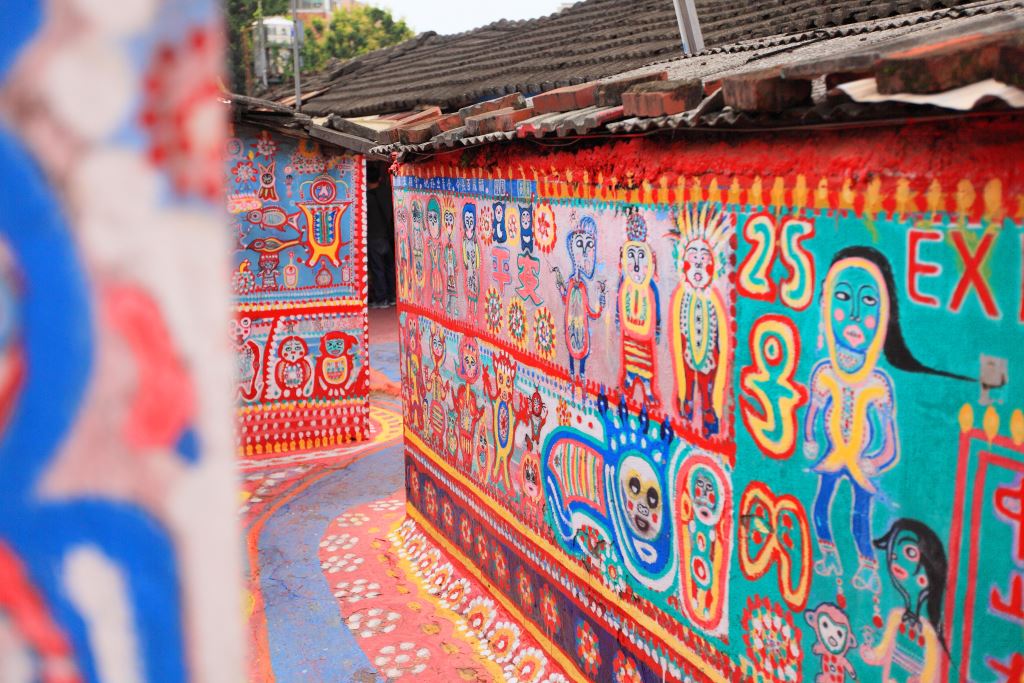